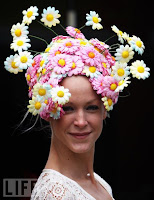 Just in time for the opening of Washington’s political season, Cabela’s sale catalog came. Now don’t get me wrong. I do not plan to track, stalk, shoot, kill, gut, skin, stuff, and display any the multitude of Asia policy talking heads who will promote themselves over the next few months. Even if it is open season…

Not only are there the mid-term elections, but the presidential campaign for 2012 is also beginning. The policy wonks need to get on the radar fast and the more sound bites and platitudes they offer the better. Expect a rush of turgid op-eds, fatuous interviews, and redundant programs this fall that will all showcase the, er, talents of Washington’s Asia policy professionals. There will be a raft of vanity reports written primarily by interns (these used be girls but now they tend to be male South Asians) masquerading as policy proscriptions.

Sadly, the press follows along. For example, Washington’s Japan press corps pursued Michael Green “a Japan expert and former senior director for Asian affairs on the National Security Council (NSC) at the White House,” after his August 31st presentation at the Heritage Foundation for a quote. Green told an eager press gaggle (in both English and Japanese) that Ichiro Ozawa, former secretary general of the Democratic Party of Japan, who is now running in the DPJ presidential election is “anti-American” and that Ozawa’s “remarks made since last year have caused severe damage to the Japan-US relationship."

Although the White House does not suggest Green as a source on Obama Asia policy, he was quoted as saying: "The U.S. administration reached out to him (Ozawa, believing he was an influential political figure), but that only made matters worse. [The US Administration] does not think he will win, but it is nervous about what impact the result of the election will have on [US-Japan relations]."

Enough about the men who will benefit from all this and let’s get back to Cabela. What caught my eye was the leafy-wear camouflage jacket and pants suit on sale for half price--$39.99! That is definitely a must-have and good price point (as few are hired full time) for many of the women in Washington who work on Asia issues.

It is the perfect moderator’s suit. You can actually look like the potted plant, the ornament, the after-thought that you have been selected to be. Introduce the men, be gracious, and help assure the program organizers that women were included. Then you can blend back into the fake foliage on stage.

One problem I observe the upcoming meeting on Asia this fall is no women have invited to participate, even as moderators. For example, NBR’s release of its annual Strategic Asia report not only does again not have any women authors but no women speakers. Senator Daniel Inouye’s US-Japan Council conference, Shaping the Future of U.S.-Japan Relations, to encourage interest in the Japan-American community in helping the Japanese government lobby in the U.S. only has women speaking on a panel ghetto about Women in the Workplace & Leadership.

There are many more examples, but why bother to list them. You will get the emails. My advice is if they don’t serve lunch for free, don’t go.

Anyway, Cabela’s leafy-wear suit with “outline shattering Silent Leaf construction” deal does not come with head camouflage. Here is an area where the female moderator can personalize, accessorize. I think a nice floral headpiece would be a nice touch.

I almost took advantage of the sale, however, it occurred to me that after 20 years of working Japan policy issues complete with having authored and advised on all sorts of legislation, I have never once been invited to participate in a program or even moderate. I don’t need a gillie suit; I am invisible all by myself.
Posted by Armchair Asia at 1:03 PM No comments: Links to this post 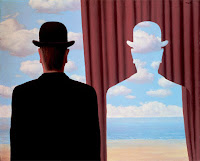 August 20th was the 70th anniversary of one of Winston Churchill’s most famous speeches, The Few. His words inspired his countrymen to fight on at a critical point during the Battle of Britain.

This the paragraph that is most remembered:


.... The gratitude of every home in our Island, in our Empire, and indeed throughout the world, except in the abodes of the guilty, goes out to the British airmen who, undaunted by odds, unwearied in their constant challenge and mortal danger, are turning the tide of the world war by their prowess and by their devotion. Never in the field of human conflict was so much owed by so many to so few....

I think he is too generous. It is always a few who propel change, who inspire others, who see things as they can be, and who work to make it happen--and pay a terrible price. Most like to do nothing and find excuses to justify their nothing.

Churchill understood that doing nothing, of letting things stand as they are, has a profound affect on the future and the history we leave behind. Nothing is an act in itself. Too many waiting for the few can allow the intolerable.

So his speech was not really about the “few.” It was about the "many" who need to see that the few could not, should not, must not proceed alone. He emphasized this by announcing, for the first time, that the Americans would begrudgingly establish a strategic alliance with the United Kingdom and position bases on the island. They would not join the fight, but at least they will begin to present themselves as allies.

So, for me, I find inspiration later in his speech. He exhorts his listeners:


....The right to guide the course of world history is the noblest prize of victory. We are still toiling up the hill; we have not yet reached the crest-line of it; we cannot survey the landscape or even imagine what its condition will be when that longed-for morning comes. The task which lies before us immediately is at once more practical, more simple and more stern. I hope - indeed I pray - that we shall not be found unworthy of our victory if after toil and tribulation it is granted to us. For the rest, we have to gain the victory. That is our task.

There is, however, one direction in which we can see a little more clearly ahead. We have to think not only for ourselves but for the lasting security of the cause and principles for which we are fighting....

To make a history that guards justice and higher principle is not a selfish endeavor. It is a desperately lonely one in search of friends and allies. Unfortunately, too many friends and allies have narrow perspectives and limited objectives.
Posted by Armchair Asia at 5:10 PM 1 comment: Links to this post 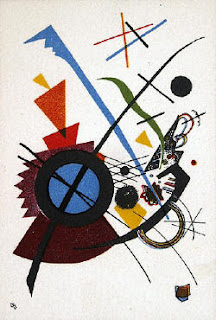 I kept the Italian Wassily Kadinsky book as well as a translation of Hubert Juin’s study of Pierre Soulages. I simply liked them. Of course, I kept a copy of Janson’s History of Art and my childhood favorite, William Tell drawn by Warja Honegger Lavater. And I had the good sense to keep the first edition of Kiesler’s Inside the Endless House.

For 30 years after mother’s death I kept her massive collection of art and design books. A few years after she died I did donate several hundred books to the library of the National Museum of Women in the Arts. They were the ones that mentioned women. Most of the books and gallery announcements she kept did not.

So this past week I called a book dealer and let him look at the collection and make me an offer. Time had created many rare and unusual art books in the collection. Resigned, I took it. I had no fight in me.

It was harder sorting through the books than selling them. I could not look at many books before becoming tearful. They brought back memories of flipping through them as child. I learned art history without ever taking a formal class. I developed a critical eye before I ever reached college.

This month has been one of many losses. I lost a piece of my body, friendships, and causes. Nothing I could control; none I could change.

But with the books, I could say, enough is enough. Someone will appreciate them more. Someone will take them out of their boxes and off the shelves. Someone needs them more. Finally, I had something wanted and valued.

This almost never happens.
Posted by Armchair Asia at 10:28 PM No comments: Links to this post