Blowback is a political term for untended consequences for policies that seemed clever at the time. Often, “clever” meant devious and malevolent methods, if not goals. Someone who is “too clever by half” is an American English idiom describing a person although appearing smart finds that his actions are consequently foolish. This aptly describes Japan’s policy of repatriating their colonial era Korean residents back to North Korea.

Over 90,000 people, most of them ethnic Koreans, were sent from Japan to North Korea from 1959 onward. The tragedy of this seemingly humanitarian venture is outlined in Tessa Morris-Suzuki’s Exodus to North Korea: Shadows from Japan’s Cold War. ANU Professor Morris-Suzuki draws on recently declassified documents to reveal the covert pressures used to hasten the departure of this unwelcome ethnic minority. Facing uncertain residence status after the American Occupation of Japan, lack of access to welfare, limited educational and job opportunities and ethnic discrimination in Japan, tens of thousands of Zainichi Koreans [Korean residents in Japan] were persuaded that a better future awaited them in the Democratic People’s Republic of Korea.

A special "Repatriation Cooperation Society," involving politicians from across Japan's political spectrum, was set up to distribute information encouraging Koreans to "return" to North Korea. Leading members included former Prime Minister Hatoyama Ichiro and prominent ruling-party politician Koizumi Junya (Koizumi's son became PM in 2001 and Hatoyama's grandson became PM in 2009). There was little humanity and much contempt in their enthusiasm to send Koreans and over 6,000 Japanese family members to North Korea.

For most Zainichi, their new home proved a place of poverty and hardship; for thousands, it was a place of persecution and death. One exception was Ko T'ae-mun, who had been a professional wrestler in Osaka. Repatriating to North Korean in 1961 with his family, he became the "father of North Korean judo" and lived a life of luxury and prominence. His dancer daughter born in Osaka, Yo'ng-hu'I, became the wife of North Korea’s current leader Kim Jung-Il and the mother of Kim Jung-Un, his father’s probable successor.

The younger Kim soon will rule over a nuclear North Korea and its power to intimidate Japan. Blowback for sure.


A background on Kim Young-Un’s mother can be found in an article by Kiyohito Kokita: "Kim Cho'ng-u'n's Mother Born in Tsuruhashi -- 'Sacred Spot' in Osaka Will Never Appear in Cho'ng-u'n's Legend" AERA in Japanese, December 6, 2010, pp 27-29.
Posted by Armchair Asia at 1:00 AM 2 comments: 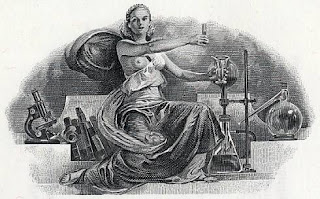 Just in case you thought that the dearth of female speakers was limited to the foreign policy field, you should check out this upcoming conference hosted by the Information Technology & Innovation Foundation on Energy Innovation.

Now, ITIF is a great organization, doing some significant research and outreach on the crisis in American R&D and competitiveness. There is a need for their work that explores American declining manufacturing and S&T education as well as the effect of foreign industrial policy policies on the US economy. But it appears, that they are also contributing to the problem.

They seem a bit oblivous to the fact that a whole segment of the S&T workforce is underdeveloped. Worse, it seems to encourage this model in its own offices. None of ITIF's staff are women, except that pretty redhead who is the executive assistant. Nor are there any people of color, but that is a whole other problem.

Of the 33 speakers at this day-long December 15th event, only three are women. One had to be invited as she holds a governmental position in a relevant agency, the Department of Energy. The other two hold the traditional female slots for conferences. They are moderators. Being a moderator is a form of "spokesmodel" in Washington. You get to be there, introduce the product, but never say any more.

And always keep in mind, that Washington is Hollywood for ugly people. Thus, there is a good likelihood that these gals are homely. Note that none of them sent in pictures. Maybe this is a way for men to feel good about themselves--they are not such a mess after all, and they might have a shot at these ladies.

There is no mention on ITIF's site about women in math and science as a specific topic of interest or concern, although it seems an implicit assumption to their campaign to encourage better training and education in those fields. There is a link to a 2008 blog posting about a study in the Notices of the American Mathematical Society titled “Cross-Cultural Analysis of Students with Exceptional Talent in Mathematical Problem Solving” is aimed at rebutting the hypothesis of some scholars that men and women have separate “intrinsic aptitudes” for mathematics.

The report goes a step further and argues that one important reason for the lower numbers of women in graduate level mathematics programs is that “it is deemed uncool within the social context of USA middle and high schools to do mathematics for fun; doing so can lead to social ostracism.”

And unsaid, it never stops. You just become invisible later in life.

This issue was raised in passing at a 2008 Innovation Economics conference co-sponsored by ITIF. A member of the audience asked a panel what the United States should do to boost home grown talent in STEM fields. In response to the question, a male panelist argued that one key factor to improving the supply of domestic talent in STEM fields is to increase the number of women and minorities who pursue these degrees.

But, as you can see little is being done to lead by example. Yes, it is not easy finding willing, women speakers in any field. But, I think meeting organizers should try a lot harder. Indeed, equality is when women are accepted for the same level of mediocrity as their male counterparts.
Posted by Armchair Asia at 2:33 PM No comments:

Rumors are rampant about that coming demise of the Kan Administration. Critics bemoan that the Prime Minister is not tough enough for the job. He does not have the the temperament, the verve for the job.

Recently, there has been much criticism of his Cabinet picks. The November resignation of his inexperienced Justice minister some say presage the departure soon of many others. Needed, they say, are more tough guys like Seiji Maehara.

One of the striking features about Kan’s cabinets, thus far, has been the decreasing influence of ultra conservatives. In the past, 50% or more of the Cabinet Ministers were of members of the ultra-rightist Nippon Kaigi and various parliamentary leagues supporting a range of nationalist and retrogressive causes, such as Emperor worship and the rewriting of history textbooks. Whereas Hatoyama has three Nippon Kaigi members in his Cabinet, Kan has only one--Seiji Maehara, who some believe will be the next Prime Minister.

Nippon Kaigi or Japan Conference is Japan’s largest nationalist organization. It was established on May 30, 1997, through the merger of the “National Congress to Defend Japan (Nippon wo Mamoru Kokumin-Kaigi)” founded in 1981 and the “Society to Defend Japan (Nippon wo Mamoru Kai)” founded in 1974. The new organization was a product of their effort to unite rightist pro-constitutional revision forces that had promoted at the grassroots level since the 1970s movements demanding constitutional revision, legalization of the imperial era name, and opposition to the separate surname system for married couples.

It has also been active in keeping the North Korea abduction issue alive, wants Japan to possess nuclear weapons and has been critical of the United States for bringing pacifism to Japan and “tricking” Japan into the War. Both Prime Ministers Aso and Abe held leadership positions within the organization as have heads of major Japanese corporations such as Fujitsu and Bridgestone.

One way to think about the organization is to see it as the John Birch Society at the height of its influence in the 1960s. Its members were virulently segregationist, anti-communist, anti-semitic and anti-Catholic, pro-apartheid, and advocates of the traditional family. They advocated a return to traditional American Christian values and pulling the US out of the UN. The Koch family, which now funds many Tea-party organizations and conservative groups like FreedomWorks, was a major funder of the John Birch Society.

Although, Maehara is the only "minister" who is a member of Nippon Kaigi, there are a number  members in other positions within the Cabinet. As of September 17, 2010 they were: