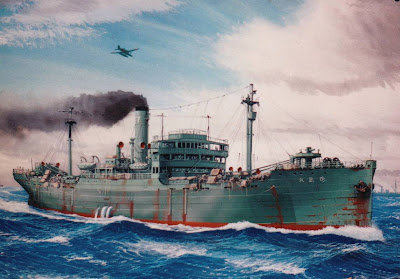 Sometimes apologies come too late. And it is not necessarily the wounded party that is made to suffer.

The State of California may soon demonstrate this to many of Japan’s greatest corporations. After 65 years of turning their backs on the people they forced to slave in their factories, on their docks, in their mines, and in their brothels, these companies will be asked by Sacramento to account for what did they did during the war and how they made amends.


The July 9th Economist reported on legislation being considered in California to require companies that want to bid on the state’s multi-billion dollar high-speed rail contracts to disclose their involvement in WWII atrocities and detail how they have taken responsibility for these crimes.

The young, first term Assemblyman who sponsors this legislation, Bob Blumenfield, is focused on the French train company SNCF. This international corporation has never apologized for transporting French  Jews and others to Auschwitz and other extermination camps. The underlying objective is to extract compensation from SNCF for the few remaining survivors.

As you will see from the passages from the bill I note below, the legislation is vague enough to include among the victims of WWII: POWs of Japan, forced laborers from China and Korea, Comfort Women from all over the Pacific. You can find the bill text HERE.
Many private Japanese companies brutalized and transported these people. In regard to the “use” of Comfort Women, the Japanese military allowed corporate executives their own access times and prices.
Not one of these companies has acknowledged, taken responsibility, or made amends for their wartime conduct. Every Japanese company bidding in California used and abused people from the groups mentioned above. You probably recognize these companies: Mitsui, Mitsubishi, Sumitomo, Toshiba, Kawasaki, Hitachi, and Nippon Sharyo.

In regard to transport, part of the focus of the bill many of these companies had transportation arms. According to Unjust Enrichment, at least 17 of the 69 hellships used were built, owned, and operated by Mitsubishi, and other primary owners were Mitsui, Kawasaki, and Yamashita Kisen. I am sure there is some scholar somewhere who has also tracked the ships that carried forced laborers and Comfort Women (who were referred to in the ship manifests as only “logs”).

I suspect if Mr. Blumenfield had known about the POW experience and of the long fight for justice of these Americans: Veterans, Korean Americans, Chinese Americans, Filipino Americans, and Pacific Island American he would have better highlighted the indignities they confronted.

And among these groups, only the American POWs of Japan are not asking for compensation. They are asking “only” for respect and to be remembered. They are asking for an apology from the companies that enslaved them and a decently funded program of memory preservation that will extend to their descendants and to those who will both teach in the US and Japan the lessons of the horrors they endured.

Assemblyman Blumenfield somehow did not know about these American veterans. Maybe there is an opportunity to teach him. The legislation is still in committee; it has not passed the Assembly, and has not yet gone to the Senate.

Blumenfield’s bill notes that it is


… relevant to the state's legitimate concern with the present character of applicants, as well as to the quality of their corporate governance, corporate accountability, corporate responsibility, and trustworthiness.

This bill is not intended to remedy historical wrongs. It is intended to ensure that public moneys provided by the taxpayers and bondholders of the State of California are used in a manner consistent with our shared values of respect for human rights.

The bill specifies what involvement in war crimes entails. Did the company bidding on any part of the high-speed rail project have: "any direct involvement in the deportation of any individuals to extermination camps, work camps, concentration camps, prisoner of war camps, or any similar camps during the period from January 1, 1942, through December 31, 1944."


The great value of this legislation is that each company has to show accountability.


If an entity responds that it has had a direct involvement in the deportation of any individuals, as described in paragraph (1), the entity shall certify all of the following:

(A) Whether the entity has any records (whenever created) in its possession, custody, or control related to those deportations.

As the Economist article notes; the Japanese companies are concerned about this legislation. And they should be. The bill says:

Accordingly, should the Legislature become aware of any potential contractor competing for public funds that has engaged in conduct of similarly problematic moral or ethical character, and should there be a similar nexus between this conduct and the present quality of the applicant's character, corporate governance, responsibility, and accountability, full disclosure of the conduct is essential to the contracting and bidding process and it is the opinion of the Legislature that similar legislation should be adopted in similar circumstances.

Moral responsibility is what this legislation requests. Maybe Japan’s companies with world scrutiny upon them will find that now is the time to apologize. There are billions of dollars at stake. The Japanese ambassador to the United States has repeatedly said that the high-speed train contract is a priority for the Embassy—it is an issue of national pride and profit.

Japan’s elites have even enlisted the help of all the Alliance Managers to win the contracts. They frame their technology as one contributing to the strength of the US-Japan Alliance. The train contract will be, they say, an example of our “shared values.”

Maybe they are right. If these Japanese companies take responsibility for their wartime actions, as this California legislation requests, then they will be viewed as operating in “a manner consistent with our shared values of respect for human rights.”

For now, they do not.
N.B.: The above is a painting of the Tokushima Maru, the sister ship of the Tottori Maru, a Hellship that transported American POWs from the Philippines, both of which were operated by Nippon Yusen a shipping subsidiary of Mitsubishi. Painting lifted from HERE where you can find photos, paintings, histories, and  descriptions of other Hellships.
Posted by Armchair Asia at 7:26 PM